I try to get out at least once per season and take photos of my babies! Here is the most recent shoot.  These photos are not the originals so the quality was compromised, still worth sharing 🙂

Who doesn’t love the chocolate-y hazelnut flavor of Nutella? Let’s be honest it tastes pretty amazing…but two tablespoons of it has a whooping 21g of SUGAR (Nutella Nutrition Facts)! So it’s pretty much like eating cake icing from the bottle.  I’ve given it to my kids a handful of times as a “treat” but I started reconsidering it after reading about the sugar content.

My husband purchased Justin’s All Natural Chocolate Hazelnut Butter and surprisingly it tasted pretty good.  Definitely not as sweet as Nutella so don’t be surprised when you try it, BUT two tablespoons only has 8g of sugar…so it’s definitely a better alternative to Nutella.  You can find it at Target and/or Whole Foods.

I also love the message they leave on their bottles and website…pretty honest and true:

Quick question: Do you eat cake frosting for breakfast? I didn’t think so. Neither do I. Yet some chocolate hazelnut butters have more sugar than cake frosting. Really. You can check. I’ll wait… see? So this is a warning that my chocolate hazelnut butter may not taste like what you’re used to; sugar. What it will taste like is a delicious combination of premium hazelnuts and homemade chocolate for an addictive, skip the bread and eat it with a spoon delicacy.

Another sweet yummy spread that I came across that has a lower amount of sugar content (compared to Nutella) is Biscoff European Cookie it is slightly sweeter (11g of sugar/2tbsp) than Justin’s but still better than Nutella.  Biscoff has a crunchier consistency and I like to usually have one slice of bread with Biscoff spread and one with Justin’s hazelnut spread (don’t judge me) lol.

It’s almost Valentine’s Day and the teachers have assigned work for the parents lol (momwork).  Gives me an excuse to craft with the kiddies.  It seems like my daughter’s Preschool class has more projects than my son’s Kindergarten class.

We had to get Valentine cards for both classrooms and make a mailbox for my daughter’s class.  I re-used the centerpiece boxes I had from her birthday (Minnie Mouse Birthday blog post) which was originally meant for V-day mailboxes.  We went to Target and bought a foam sticker kit in the shape of a kitty for $5.00 and decorated the box.  It turned out really cute and was done in about 30 minutes.  Fun, fast & easy. 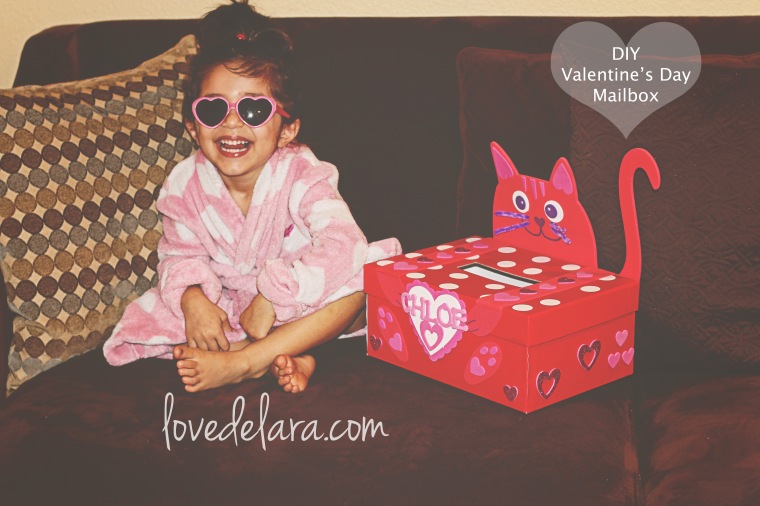 Just got done grocery shopping and bought all my meats for the week.  I like to leave out what I plan to cook for the day and freeze the rest so that it remains fresh when I pop it out during the week.  I love to use my Foodsaver when I do this because it vacuum seals the meat and keeps it super fresh.  This saves you extra stops to the grocery store because God knows how tough it can be sometimes making a “quick” stop into the store with two kids.  One quick stop turns into a “I have potty” or ask mommy to buy a million random things you don’t need.

2. Separate your meats based on planned meals

3. Freeze meats that are unused and flatten out as best as possible for a quick defrost (especially ground beef).

4. Use a FoodSaver for extra freshness 🙂

If you have the luxury of going on the daily then obviously fresh is best!

P.S. I looked on Amazon and it looks like they have an even sleeker model which shouldn’t take as much space!! How cool 🙂 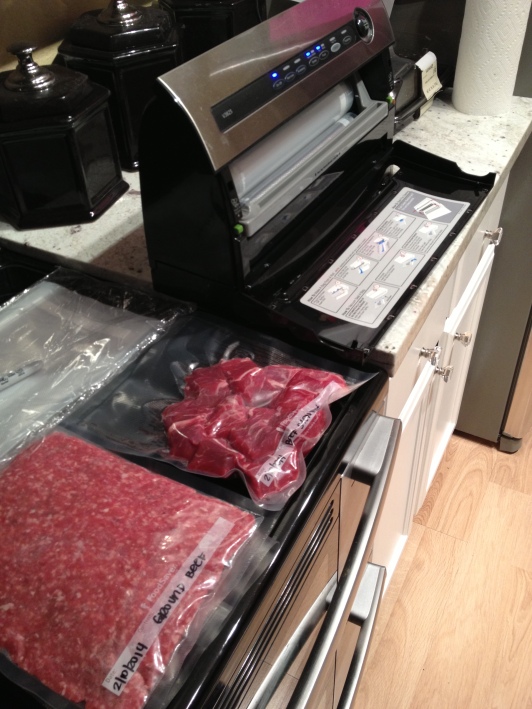 Do you give your kids vitamins?  I try my best to balance out my kids diet so that they get their vitamins through their food, but it doesn’t always happen.  Fortunately, my kids love salmon so we bake it once a week and we barely have leftovers on those nights! I try to make smoothies with spinach & fruits but it is hit or miss with them.  One day they are totally into the smoothie and one day they could care less.  So in addition to a healthy daily diet I have been giving them a gummie multi-vitamin and fish oil.  The husband searched on Amazon and came across Carlson’s For Kids Fish Oil: 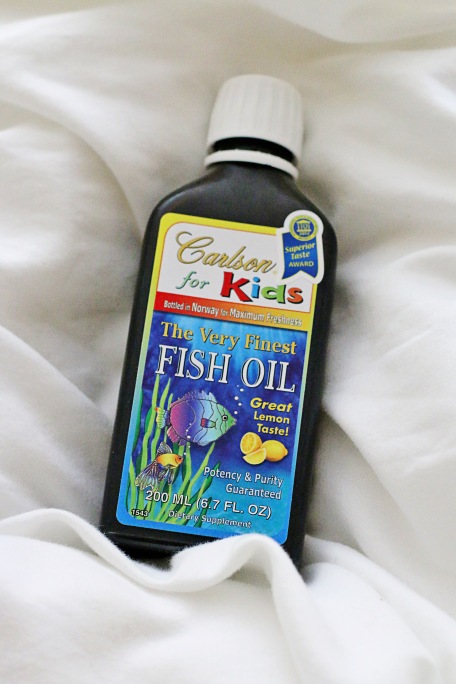 The reviews were great and everyone who tried it seemed to be very pleased.  It’s tough to get adults (including myself) let alone kids to gulp down fish oil in a liquid form.  This company has done their best to mask the oil with a lemon flavor…it is not completely masked but well enough for my kids to not complain 🙂

If you have a hard time giving it to your child..I would recommend mixing it with something that has a strong flavor like the Odwalla – Strawberry C Monster juice which is super concentrated & sweet.

Omega-3 Fatty Acids are great for kids & adults.  There are many physical benefits to taking fish oil regularly and I highly recommend a good quality one like Carlson’s which can be found on Amazon.

I read on webMD that it could possibly help children who suffer from ADHD by helping to reduce their hyperactivity.

I give my kids a 1/2 teaspoon every morning and they are usually the ones who remind me to give it to them lol.  Fun fact: one time the bottle shattered all over my kitchen floor and the smell of fish lasted for a long time…I made the mistake of mixing the clothes that had fish oil on them with regular laundry and my entire load permanently smelled like fish.  Word of advice…dispose of your clothes if it ever gets on you lol.

My daughter turned 3 last week and she really wanted a Minnie Mouse party so Mommy did her best to make that happen!  The party was a huge success and she really enjoyed herself.

I did the classic Minnie theme – Red & Black.  I had a Spanish/Flamenco dancer costume in her size which happened to be red with black polka dots.  I deconstructed the dress and cut the fringes it had hanging from the collar.  I went to Michaels and purchased red with black polka dot felt to cut in the shape of Mickey (found the shape online and used as a stencil) sewed on the dress.  I sewed a white piece of felt behind the red & black polka dot Mickey so that it stands out.  After that I decided to add a little bow that I removed from one of my daughter’s hair clips to make it more girly.

I wanted to make some centerpieces for the tables so I grabbed a few bunches of fake yellow daises that were on clearance for $5 at Michaels…I had no idea what I was going to do with them but grabbed them anyway.  Night before the party I made a pyscho mom Target run and found some red Valentine’s Day boxes and decided I would use them as a base for the centerpieces.  I cut square pieces of floral foam and used a strong double sided tape to tape down the blocks in the middle of the boxes.  I secured the flowers into the floral foam and since the boxes were already cut open at the top it was easy to keep them centered and standing.  I used 1″ white Avery labels for the polka dots and VOILA! Inexpensive centerpieces.

I had Ikea frames with special messages for my guests on each of the tables and by the sign in desk! A friend of mine made a Minnie themed Happy Birthday banner for the wall 🙂 (saved me a lot of time).

I have such a hard time getting Thank You cards out after the party so I decided to get them ahead of time from Tiny Prints with a special message to my guests to take with them along with a goodie bag for their kids.  BOOM – no more after party stress over thank you notes.

I had a chicken wire frame as decor with photos of my cutie from birth till now…I normally use it for her hair bows!

Unfortunately we had a mishap with the cake while transporting but thank God we had a baker friend at the party and helped to fix the cake, thankfully it still looked cute 🙂

The look on her face was priceless!! 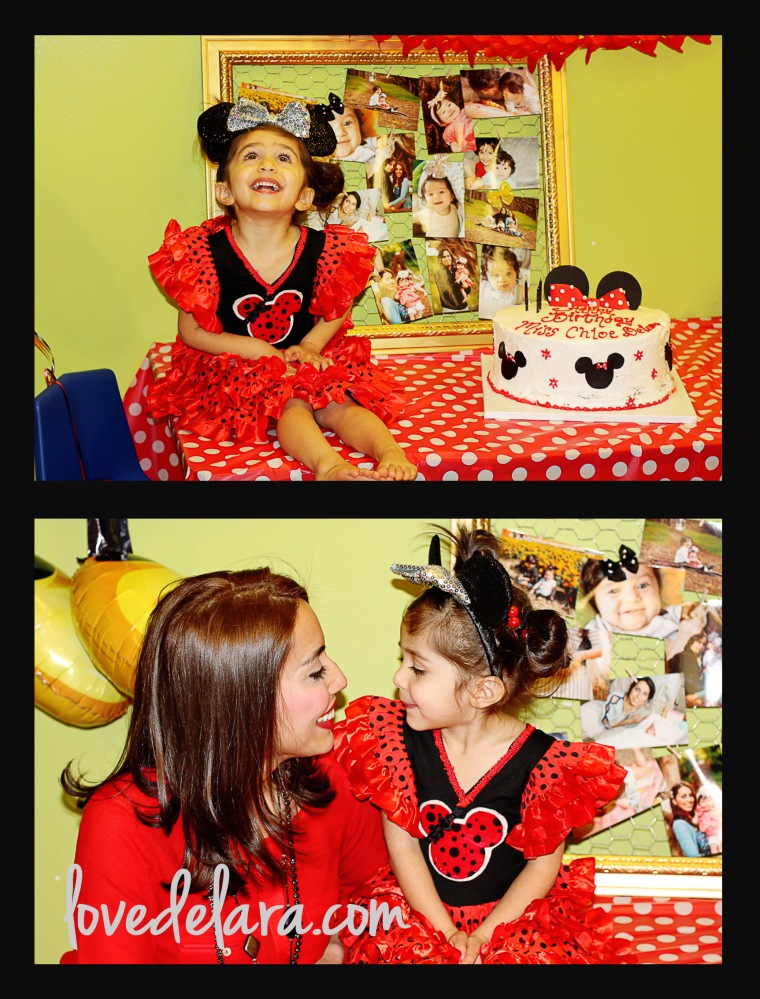 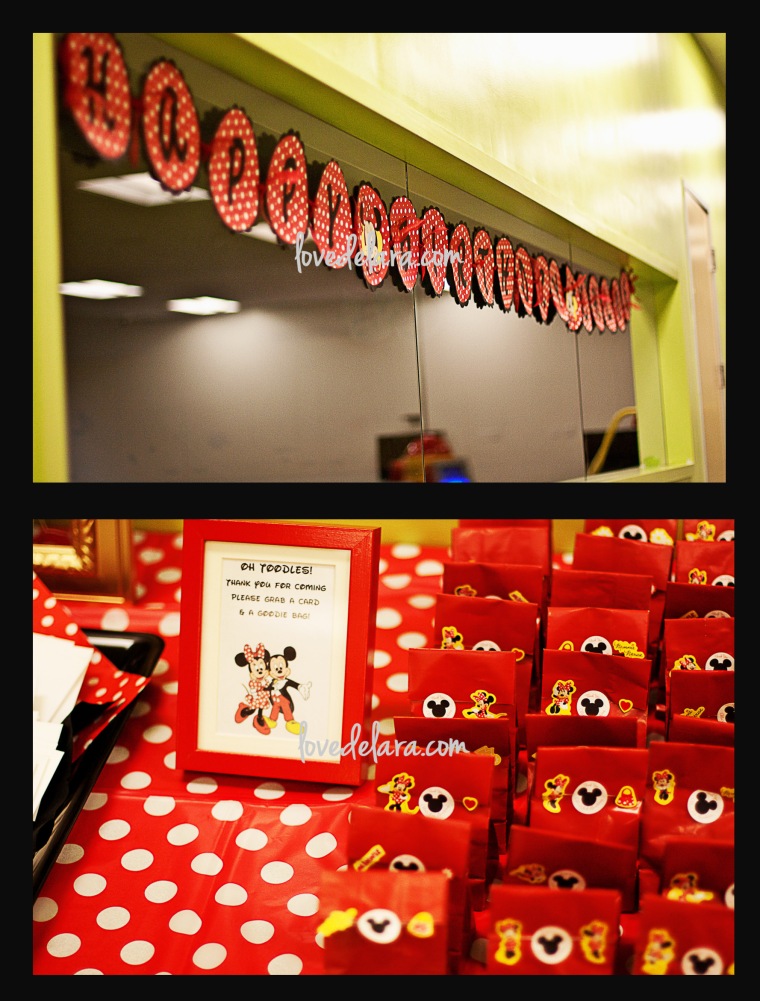 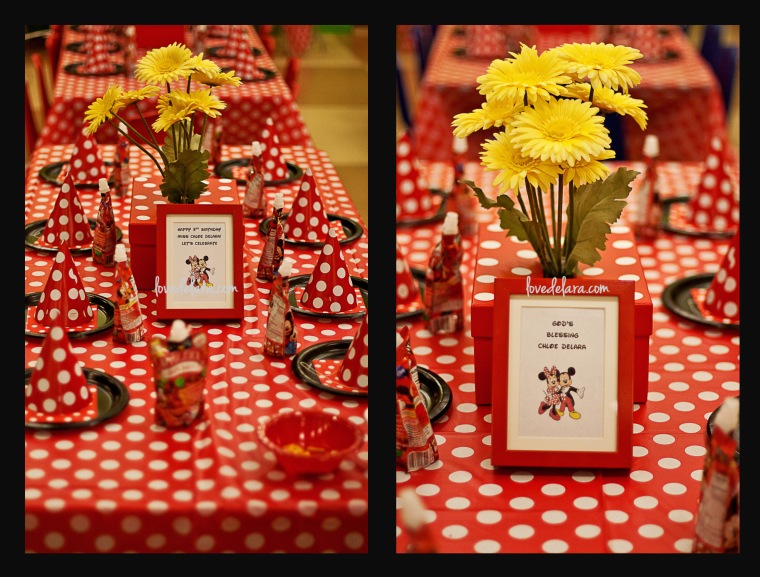 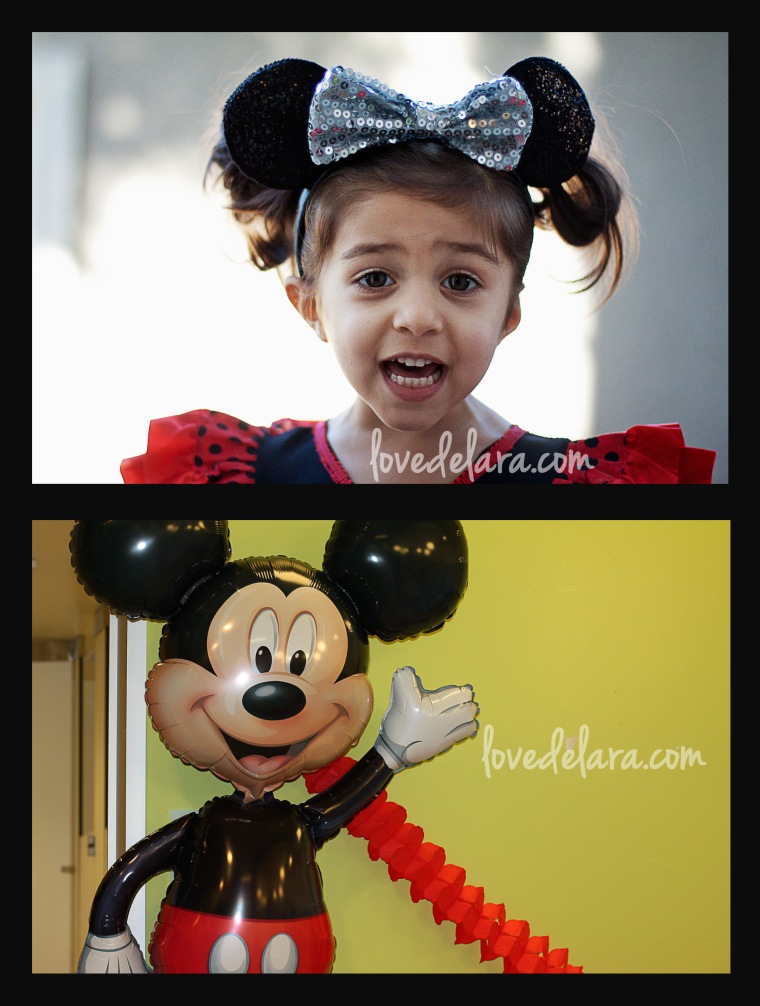 Recently photographed my beautiful sister. She is starting her makeup business and asked me to help her with her business cards, logo & head shots. Here is my favorite shot of her. You can follow her on Instagram (@_deebssmua) to get the latest! She has a true talent when it comes to makeup. 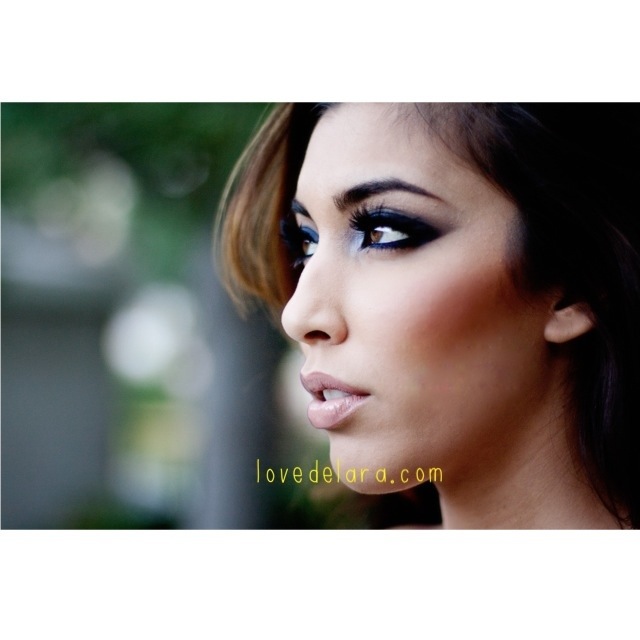 Here’s a compilation of some of my favorite black and white images from the shoots I did with the Keyashian family.

It was a lot of fun being apart of the process and re-living the pre and post-partum experience. Through life’s ups and downs it is so easy to forget how miraculous the birth process is! Here is a quick glimpse of their personal journey as they begin a new chapter of their lives as a family of three!

All photos were captured and edited by me.

It’s been awhile since my last post…ok MONTHS! I’ve been super busy with family, friends, moving (blah blah blah) which consequently made my blog drop to the bottom of my priority list.

My hope for 2014 is to be more active and write more because I love to share information and get my thoughts out.  The video in this post made me realize how fast life is moving and how important it is to spend quality time with your family & friends.  God has blessed us with so much, cheers to another amazing year!

Reflecting on Philippians 6 this evening and it serves as a good reminder that we are not in control and that God is the source of our peace & happiness. Stress, pain & anxiety are all symptoms of a malnourished soul. Just like your body needs food…so does your soul. Any chance we get we should remember God. 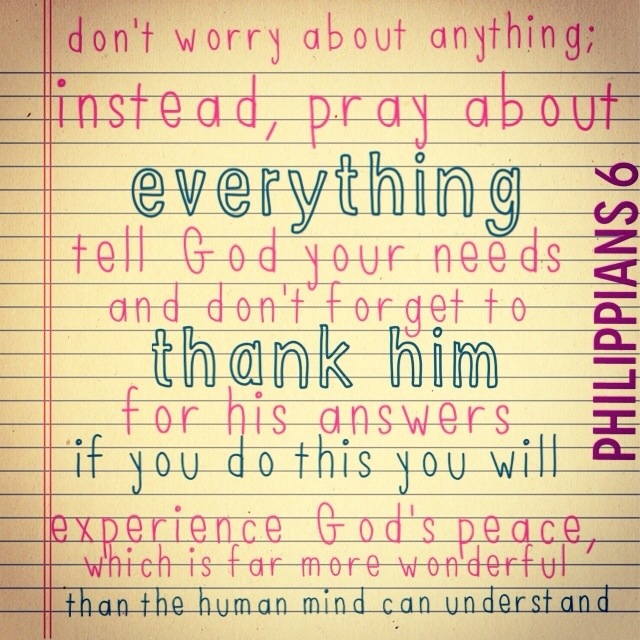